There’s a Russian proverb that says
No year has two summers, yet Ariel
follows perpetual summer, singing
“On the bat’s back I do fly
After summer merrily.”
The Tempest, William Shakespeare

Camping in a small clearing in sheltered woodland on north Dartmoor: it’s an area marked by old railway lines that follow the long curves of upland around remote villages, and where summer day-time gives a sense that local wildlife has gone away on holiday too. There’s a hush along the pathway between deep leaf-litter and fallen branches, dense bramble and bracken, beech and oak saplings. Life seems paused with a feeling of secrets. Is it how we might imagine a place to be when no one is there to see it?

Now, a kestrel’s call somewhere in the woodland canopy and faint movement in the shrub layer below.

Later in the afternoon, and towards dusk, the air is peppered by blackbird and jay alarm calls. As the light thickens and becomes grainy, the moisture above ground level rises, bringing a scented humidity of leaf and wood decay. The relative warmth at soil level encourages beetles and woodlice to forage.

Fungus, quite unnoticed by day, seems luminescent under the approaching night, echoing the half-moon above the canopy. The urge to gather around a fire, to bring and tell stories, becomes insistent.  Campfire allows people to unfurl their imaginations against the borderline of night, a kind of receding canvas to draw out meaning, to glue and unstick ourselves.

Night-borne
into a tunnel of re-telling,
planting star and flame markers, wading through
night-time meadows that line the inside
of our history, re-claiming memory

Attracted by the fire, moths and insects appear and bats seem to splatter across clearings like old film footage, grainy and erratic. Tawny, barn and little owls begin their hunting, the barn owl early on and tawny and little owls later and towards the dawn, often sporadic, with long empty silences.

Curling into the floor of the woods,
one layer onto the other, unbroken time,
end and beginning one inside
the other, fine mist like soft pins,
woodland’s breath
an unhurried swathe, washes
towards around and away, threading,
enveloping us in its arms

The coming daylight triggers a sparse dawn chorus – treecreeper and song thrush. For a while, the night calls and dawn songs merge. The owls seem to sign-off with shorter calls between them, like a  triangulation, and then nothing, as if they have slipped into the gentle current in the canopy between night and day, their own dappled dreamscape.

…as though owls have drawn a curtain on their chapter
while the dawn-song – hesitant, plaintive, reflective –
moves the cycle forward, an unbroken continuity
of delicate and incremental time, the transition of day-to-night-to-day
is drawn out
becomes a time all of its own
yet is seamless, lulling, perpetual… 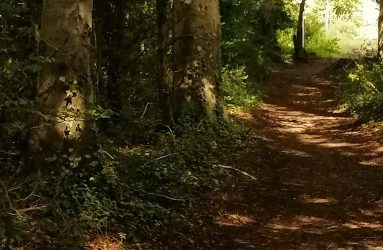 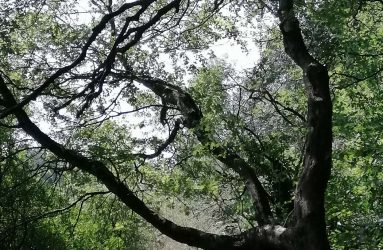 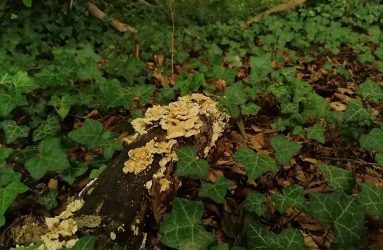 Why not write a few lines, try a poem or send us picture on the general theme of seasons? Email to ArtCare or send to ArtCare, Block 29, Salisbury District Hospital, Salisbury SP2 8BJ.