“Love it or hate it, kale might not be the food of love you associate with February…” Elevate artist Stephanie Jalland spotlights this hardy, nutritious vegetable.

February, new life in the garden begins as the snowdrop bulbs spear through the earth. They receive so much love and affection. Whilst out in the fields a hardy vegetable has been growing and stands decorated by and positively enjoying the snow and frost. There is so much kale and cabbage ready to eat. Not surprising then that one of the Anglo-Saxon names for the month of February is ‘sprout-kale’.

Kale deserves a cheer! Love it or hate it, kale might not be the food of love you associate with February, but throughout history it has been one of the most commonly grown vegetables in Europe.

In Scotland, the traditional diet is so rich with kale that the word ‘kale’ (also spelled ‘kail’ ) is the same as the word for ‘food’. There’s a common saying that when someone isn’t feeling well enough to eat that person is ‘off one’s kale’, and a small kitchen vegetable garden is referred to as the ‘kailyard’.

Kale is very hearty and able to stand up to up to temperatures as low as 10 degrees below zero. A heavy frost, doesn’t do damage, in fact the frost enhances the flavour as it encourages the plant to transform starches in its leaves into sugars.

Kale is a food superstar, it’s so versatile you can eat it raw as well as steam, roast, braise, boil and add it to whatever you are cooking…

As it is so easy to grow and highly nutritious, during the Second World War the British Government encouraged citizens to grow kale to make up for nutrients potentially lost due to rationing. Kale is a food superstar, it’s so versatile you can eat it raw as well as steam, roast, braise, boil and add it to whatever you are cooking or even blend into a smoothie!

Kale deserves to be the food we love because it loves us, it is so rich in nutrients, it can be beneficial for our bodies and health in so many ways. Kale is rich in: beta carotene, that our bodies turn into Vitamin A and is good for hair and skin, Vitamins C and E and zinc which all play a role in our eye health, it’s high in fibre and water which aids a regular and healthy digestion and Vitamin K for our bones.One serving of raw kale has just 33 calories and only 7 grams of carbohydrate so it’s a very diabetes-friendly, weight- friendly vegetable.

Kale a member of the Brassicacea, or cabbage family, has firm, curly leaves that do not form a head and is usually deep green or purple. It’s a cruciferous vegetable, from the Latin ‘cruciferae’ meaning ‘ cross bearing’, because the four petals resemble a cross. Have a good look at the patterns on the leaves next time you are chopping it up ready to cook. Enjoy munching that leafy goodness! 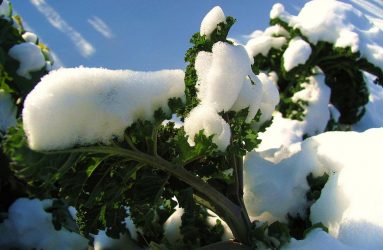 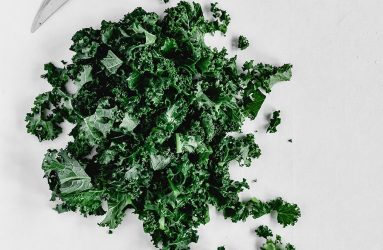 We love to include some of your own reflections in future posts and in our monthly print edition ‘Elevate your mood’ or quarterly printed tabloid ‘Take the time’. Why not write a few lines, try a poem or send us picture on the general theme of spring? Email to ArtCare or send to ArtCare, Block 29, Salisbury District Hospital, Salisbury SP2 8BJ.